This is a moment of surrender. Or, at least, a movement toward that moment. This weekend, I sat in a high school classroom, listening to my children playing a duet—my son on the cello, my daughter on the violin. As a graduating senior, my daughter was performing at her last state solo and ensemble event. It was also the last time the two of them would be performing a duet together in this context. I often close my eyes when I listen to them play and for a moment, Beethoven’s Sonatina drifted through memories, picking up images that hung for a moment in the melody so I could see them, images of the two of them as children, playing together, kneeling in the grass, heads bent toward one another, communicating in the deeply familiar and private way siblings often have. 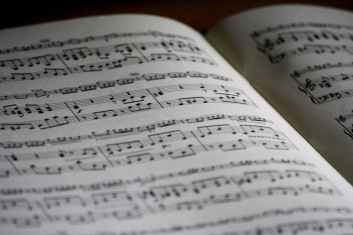 Now, they sit on black chairs in this sunny room, communicating differently—with the interplay of cello and violin, trading the melody—heads still inclined toward one another, almost fully fledged and ready to fly. It is difficult to think about the journey of all those years, to think about how much my son and daughter have grown, without considering the impact of my own accumulation of years.

I have an uneasy relationship with the notion of aging. I’ll be 48 later this year. It isn’t the number itself that gives me any trouble, but rather, the undeniable signs that this is happening. It’s different for everyone, the collection of symptoms that pile up, that make you notice them not as individual random things but as parts of a pattern. At some point, it all adds up and you realize that getting older—which you were fine with—means you are actually getting old.

Did you notice what happened there? That slip from first person into second person? Writers sometimes do this with a first-person narrator as a hint that the topic is so difficult or painful for the speaker that they—consciously or not—slipped into speaking about it using the more distant, generalized “you.” It diffuses the pain. An example: Hemingway does this with his (autobiographical) narrator at the end of A Moveable Feast when he’s discussing the affair that ended his marriage to his first wife, Hadley. Hemingway describes the progression of the affair from something “stimulating and fun” to “truly wicked.” He speaks of the way “You lie and hate it and it destroys you.” He doesn’t say, “I lied and hated it and it destroyed me.”

So perhaps, it’s more accurate for me to say, “At some point it all adds up and I realize that getting older—which I was fine with—means I’m actually getting old.”

This progression from getting older to becoming an old person might be an easier journey if our society esteemed old age in any way. It doesn’t. The daily toil endured to be productive, tax-paying members of communities, the sacrifices made to raise children, the wisdom gained through the trial and error of living and loving and being human and making it to your 60s and 70s and beyond, are all frequently overlooked by our American society collectively, and by many of us individually on a day to day basis.

The Fine Art of Compromise

For me there are clear, outward facing indicators of my age I’m not comfortable with. I used to be regularly told that I looked younger than my age. I don’t hear that too much any more. For a period of time I read every article I could about the way stress—particularly some of the deep, long-lasting, chronic stress of divorce—ages a person rapidly on a cellular level. Though this idea was upsetting, it helped me accept some of the changes I was seeing and feeling. The grey hair, the bouts of insomnia. Sometimes it seems unfair, as if I thought I could cheat aging because I’ve focused on healthy eating for most of my adult life and tried to stay active since the kids were small. My lifestyle should at least yield healthy and productive later years, but I’m not naïve enough to believe there are any guarantees. 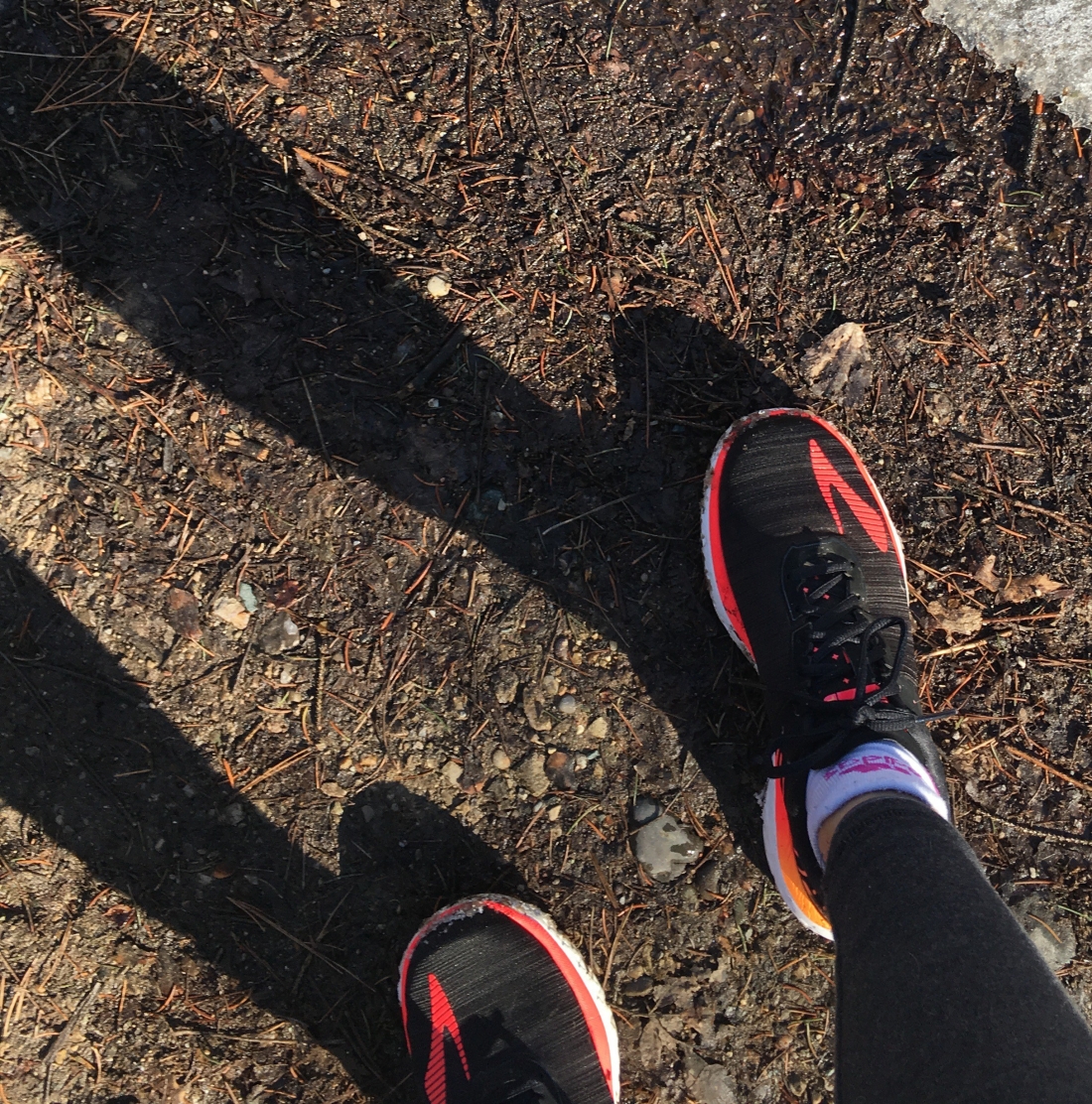 I also find myself reading articles about the benefits of slow running. I ran two half marathons the year of my divorce. Running helped me purge a lot of the toxins I felt seeping into the tissues of my body. I felt like stress was devouring me breath by breath and I needed to burn it off the way fever kills infection. I’m not an efficient runner though and in the years since, long runs seem out of my reach. It’s hard to make peace with that. At the same time, I want to keep running. I’d rather do a few short runs, and some long walks, every week and be able to maintain that routine for the next twenty years rather than try and rack up mileage the way I used to and risk injuring myself to the point where I can’t run at all. My late 40s seem to be The Age of Compromise.

These are all small things. I feel good, really good, most of the time. I don’t wake up with aches and pains. The insomnia gets bad sometimes but I found that not eating after 7 pm really helps. The grey hair feels personal. I know it is a superficial thing. It is hard to find a vegan hair color that really does the job. I have researched articles on the best ways to go grey. I’ve pulled up pictures of Ann Bancroft in The Graduate and thought, maybe just let those streaks come in?

All of this research, these thoughts, these little allowances, are part of a movement toward surrender. Yet I remain unwilling to stop fighting the idea of growing older. I suspect that when I embrace it, a lot of things will fall into place. It’s worked out that way in other arenas. But right now I don’t even know what surrender and embrace look like. Is it when I decide to stop coloring my hair? Is it when I stop reacting so angrily to articles with headlines like “The 40 Things Women Over 40 Should Never, Ever Wear”? Maybe acceptance gets feathered in at the edges and you simply start noticing that you really don’t care about such things anymore. It’s possible that even thinking of it as embrace or surrender is to suggest I’m still fighting. Maybe it all happens organically, quietly in its own way, like when you remember that thing on the tip of your tongue finally, hours after you stopped trying so hard to catch it.

Whiplash: Looking Back and Looking Ahead

The flip side of all of this—of watching my children grow into adulthood, of making little deals with myself about how to shift the way I think about my age or changing my eating patterns—is that being honest with myself about aging means I also have to acknowledge that my parents are aging. I think now of that sonatina again and the memories shift. It’s my sisters and me—before my brother was even born and long before my baby sister was born. We are huddled in the fort made by the arching branches of forsythia bushes, speaking almost a private language, breathing in the delicately scented air under the first yellow blooms of spring.

Maybe my parents watched from the window. Maybe, as their little girls were graduating from high school, they thought about their own aging, and now, with their grandchildren graduating, they are simply living it. They are in their seventies. They deal with more doctor appointments than they used to, but they are active and happy and healthy. Like the good parents they have always been, they are modeling for me what aging can look like. They are simply living their lives, enjoying their journey, and dealing with obstacles along the way as they have always done and taught me to do.

So what am I so afraid of? Maybe it’s simply that the transitions in life are the hardest, and once we make our compromises, make our tweaks and our peace, we adapt and get on with it. It seems that every time I think this road is familiar and I know the way, the scenery changes and I get a little lost. Usually though, once the fear subsides I find I can relax and enjoy the adventure. I hope aging is like that.

4 thoughts on “The Age of Compromise: On Aging and Surrender”